After September 2001, thousands of New Jersey Air and Army Guardsmen deployed in support of operations Iraqi Freedom and Enduring Freedom. They continue a military tradition that predates the state of New Jersey.

During the French and Indian Wars of 1746-1748 and 1755-64, New Jersey supplied a unit of more than 2,600 men. The regiment became known as the Jersey Blues because of the color of their uniforms.

To this day, the 44th Infantry Brigade Combat Team carries the designation of Jersey Blues. 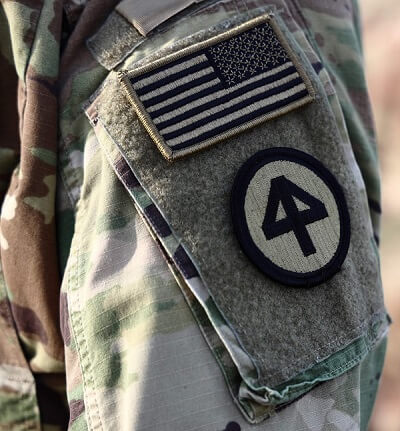 New Jersey was a major battleground during the American Revolution, but troops from the Garden State served as state militia and detached militia in battles from Virginia to Canada.

New Jersey’s militia participated in other early conflicts, including the Fort Recovery Call Up, the Whiskey Rebellion, the War of 1812 and the Mexican War. In 1791, a battalion became part of the U.S. Army’s 2nd Regiment in action against Indians near Fort Recovery, Ohio.

Five New Jersey regiments were summoned during the Pennsylvania Insurrection of 1794, commonly called the Whiskey Rebellion. In the war with Mexico from 1846 to 1848, five New Jersey militia companies sailed for Vera Cruz, Mexico and three companies were recruited for the U.S. Army’s 10th Regiment.

The 1st New Jersey Brigade included the majority of officers and men called up for the first muster in support of the Union cause in 1861. Brigade components were the nucleus of 37 regiments of infantry, five artillery batteries and three cavalry companies.

During the Civil War, many free black men in New Jersey tried to join their local militias and volunteer units. African-Americans who didn’t enlist or weren’t transferred into the service of the U.S. Colored Troops ended up serving with the 1st Militia and the 1st New Jersey Cavalry until the end of the war.

During the Spanish-American War, the Garden State supplied four regiments. In 1916, the 1st New Jersey Brigade, consisting of the 1st, 4th and 5th regiments, plus three batteries of artillery and cavalry, was sent to patrol the Mexican border in response to raids by Pancho Villa. 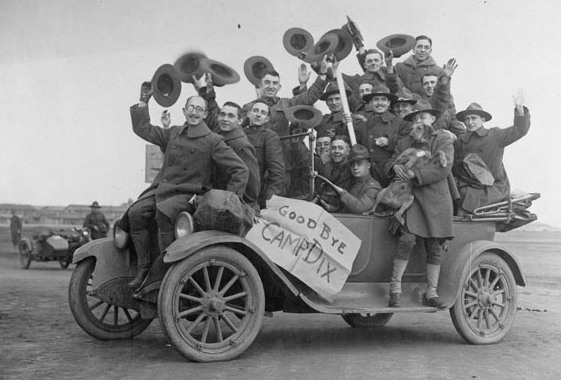 During World War I, the New Jersey Guard joined other Guard units, primarily from Maryland, Virginia and the District of Columbia, as part of the 29th Division (Blue and Gray). The New Jersey units were the 112th Artillery, 113th Infantry, 114th Infantry, 104th Engineer, 119th Medical and the 102nd Cavalry.

These units participated in the battles of Alsace, Verdun and Meuse-Argonne. After the war, the state’s Guard became part of the 44th Division, with African-American units designated as the First Separate Battalion New Jersey Guard.

BACK TO THE FRONT

Elements of the New Jersey Guard were federalized in late 1940 as the United States prepared for its possible entry into World War II. Jersey units served for the entire war and earned many honors, participating in the campaigns of North Africa, Normandy, Ardennes-Alsace, Northern France, Rhineland, Central Europe, Aleutian Islands, Philippines and Okinawa.

The 44th Division marched across France into Germany, and then into Austria. It defeated the 6th S.S. Mountain Division, freed 6,000 Allied prisoners of war, accepted the surrender of the 19th and 24th German armies and took more than 30,000 prisoners. 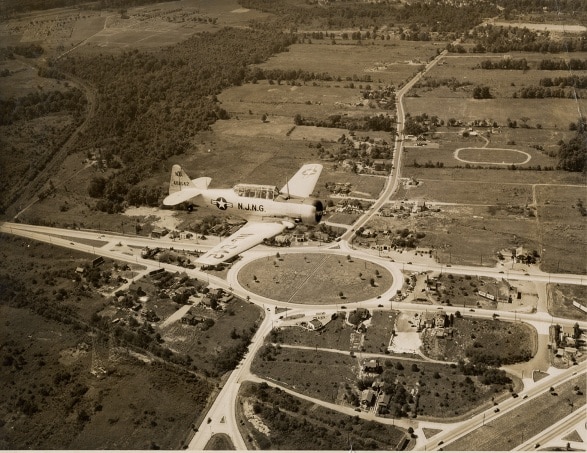 The 177th Fighter Wing can trace its heritage back to the 119th Aero Squadron, which existed briefly beginning in 1917 at Langley Field, Va. In 1962, the unit became the 177th Tactical Fighter Group.

The wing has been activated twice to federal service since World War II.

The 117th Tactical Fighter Group and the 119th Tactical Fighter Squadron were ordered to active federal duty in 1969 following seizure by North Korea of the USS Pueblo. Some group personnel were subsequently assigned to installations throughout Southeast Asia, Korea and the United States. Pilots and other airmen joined combat units in South Vietnam. 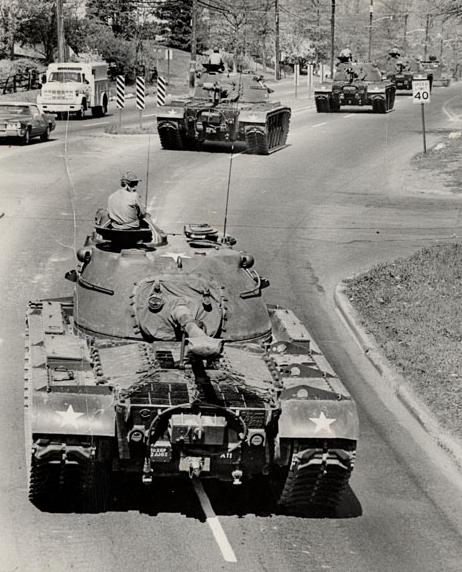 A 1958 reorganization of the Army Guard made it mirror the active-component Army. In addition to the conventional division and nondivisional units, the New Jersey Army Guard organized NIKE HERCULES missile batteries that were manned around the clock and fully integrated these installations into the national air defense system. The 1st Battalion, 254th Air Defense Artillery, was inactivated in 1974.

Three units of the state’s Army Guard were mobilized for the Persian Gulf War of 1991, and one additional unit was mobilized for stateside service. In all, more than 700 New Jersey Guard soldiers and airmen participated in support of Operation Desert Shield/Desert Storm.

The unit has deployed frequently to Southwest Asia and Turkey in support of U.S. operations. In 1999, it was mobilized for the air war over Yugoslavia, part of the effort to eject the Serbian military from Kosovo.

The 177th Fighter Interceptor Group would transition into the 107th Fighter Wing, flying the F-16 Fighting Falcon in defense of U.S. airspace. It, too, was mobilized for the air war over Yugoslavia.

New Jersey Guardsmen were among the first to respond to the events of Sept. 11, 2001.

Shortly after the attack, F-16s from the 177th provided air cover over New York City and the eastern seaboard. Meanwhile, other Army and Air Guard units quickly established a command post at Task Force Liberty in Liberty State Park and began security patrols at bridges, airports, tunnels and nuclear facilities.

The New Jersey Army Guard was also responsible for Task Force Respect, which was set up at the Freshkills landfill in Staten Island where debris from the World Trade Center was sifted and the remains of victims were carefully collected.

Since 9/11, the New Jersey Guard has made numerous deployments around the world in support of operations Iraqi Freedom and Enduring Freedom. Garden State units have also served in peacekeeping operations in the Sinai and Bosnia.

These deployments are ongoing and the tempo of current operations makes it certain that New Jersey’s soldiers and airmen will continue to serve their state and nation.

May 26, 1668: The first New Jersey Assembly met in Elizabethtown, with fourteen members from East New Jersey and two from West New Jersey. During a five day session, the body passed militia legislation requiring men between the ages of sixteen and sixty to train for “at least four days in the year.”

April 19, 1899: In compliance with General Orders No. 5, the New Jersey National Guard was reorganized according to federal military standards into four infantry regiments of twelve companies each, two Gatling gun companies, two troops of cavalry and two battalions of naval militia.

Learn More
GOT IT